How to stop condensation on windows in winter!

T-STRIPE is a special heating system invented to heat up the outer edges of cold and wet windowpanes while using minimal energy (see our cost breakdown) to stop window condensation. This way both windowpane and window frame will stay dry – even at very low temperatures. You can purchase T-STRIPE directly in our webshop. Assembling T-STRIPE and installation is easy, no matter what kind of windows you own. It works best on double-glazed windows. And of course, you do not have to install it yourself; ask the electrician of your choice, he will gladly help you. With T-STRIPE your windows will stay dry and in top condition!

Get rid of window condensation water!

T-STRIPE is the first flexible heating system specifically designed for windows that helps to keep them dry and prevent condensation.

The Austrian Institute for Healthy and Ecological Building (IBO) has conducted a study on the effectiveness of T-STRIPE and confirmed that with T-STRIPE neither condensation water nor mold occurred. By heating up the edges of the window pane itself T-STRIPE completely prevents condensation water and mold spores from forming and additionally causes a heat dissipation effect which increases comfort.

T-STRIPE can be obtained directly in our webshop. 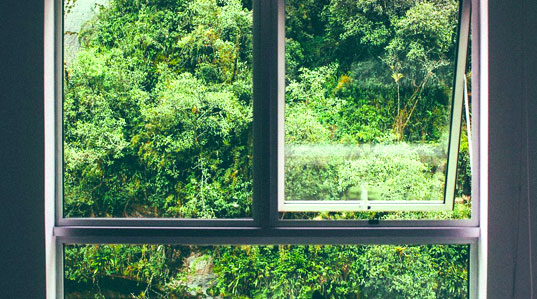 T-STRIPE is a proven system,

already being in use in hundreds of flats, apartments, and office buildings. Our customers appreciate our product when it comes to skylights, winter gardens, and glass fronts since those areas are prone to condensation.
A selection of our references and customer reviews.[/su_animate]

Assembly and Installation of T-STRIPE 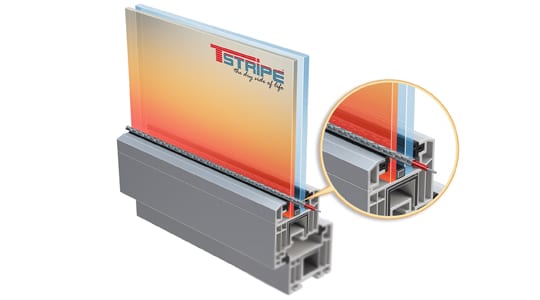 Stop, get rid of window condensation – with T-STRIPE

T-STRIPE heats up the windowpane in order to prevent condensation water. In connection with a Thermostat T-STRIPE requires no further manipulation, making it absolutely easy to use while conserving energy costs. T-STRIPE will only be switched on when needed.

Condensation water can be an expensive and annoying problem. It can also turn into a serious health hazard quickly:

because condensation water will not only harm the rubber casing over time, it will also damage the window frame and window sill and begin to erode the surrounding masonry. This will mean a dramatic increase in heating costs as well as high repair costs for you.

because wherever condensation water erodes surfaces the danger of mold and mold spores exists. Mold spores can set off allergies and over a prolonged amount of time severely endanger people’s immune and respiratory systems. Cold windows also affect the indoor environment quality negatively.

But how exactly does this water form on the surface of my window pane?

Condensation water occurs wherever air humidity gets too high and/or air temperature is too low.

The higher the relative humidity in the air and the lower the temperature, the more condensation occurs, and the faster this accumulation appears. Air humidity also depends on the number of people in a room, since people’s breath also contains a lot of vapor. During the colder seasons humidity outdoors is usually higher than inside. Insufficient heating and bad airflow increase the chance of condensation. That window panes are the first place where condensation happens is simply because the glass is usually the coldest spot in a room, but in extreme cases condensation also appears on walls and around entrance doors. 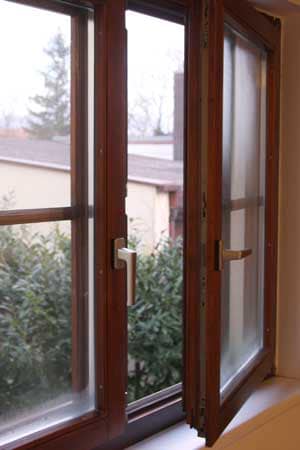 This is the main reason people always hear the same advice, to turn on their radiators and to air their rooms more often.

It is however very important to air and heats your rooms responsibly and economically.

During colder seasons keeping windows open constantly would be a huge mistake since the constant influx of cold air causes the temperature in the room to drop too drastically. Reheating the room results in huge heating expenses. Instead, you should try to open up all the windows in a room completely for up to 10 minutes, several times a day if needed, to facilitate a complete as possible exchange of air masses. This way it will also be easier to reheat a room. This method is also very beneficial when it comes to airing the bathroom or kitchen.

During summer constantly airing rooms is of course always a possibility.

When it comes to the temperature in a room, preferences vary. Generally speaking, it should never be necessary to heat a room beyond 23°C just to avoid condensation.

If condensation occurs despite all these aforementioned precautions, then the problem has to be tackled from a different perspective. The first step should be to check the windows in question and see whether they are still properly functional. If an expert’s inspection brings no result, then the probable cause of condensation is either bad building shells or bad airflow. Even with newer buildings condensation is oftentimes a problem since modern architecture usually includes large window fronts but insufficient heating sources.

There is no need for complex modifications to an existing room. T-STRIPE installation is fast and easy, no matter what kind of windows you have.

Up until a few years ago, there was simply no feasible solution to these problems available on the market. 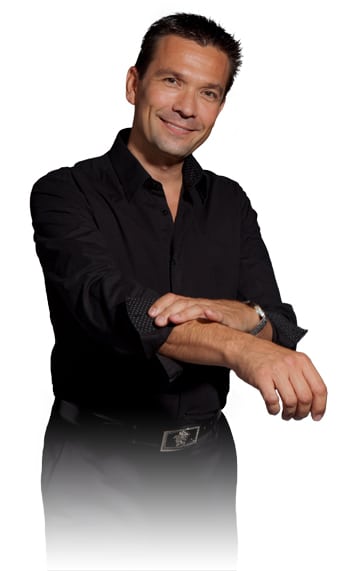 Maximilian Hron – now the owner and managing director of T-STRIPE – knows what he is talking about, since he himself scoured the market for months, waking up every morning just to wipe his windows dry: ‘I had just bought a new apartment, great window front out to the balcony and a lot of skylights. But sadly exactly those were the spots where the water was forming puddles, soaking and damaging the floor.’

Being a bit of a tinkerer and already owning a few patents himself, he came up with his own reliable heating system to prevent condensation on windows: T-STRIPE.

‘Over the years I spent finding a solution to my problems with condensation water, I met a lot of people who were equally frustrated. After coming up with my invention I decided to introduce it onto the market.’ says T-STRIPE inventor and engineer Maximilian Hron. ‘Since I always wanted to provide my customers with a satisfaction guarantee, I made various experts conduct studies on T-STRIPE.’

The Austrian Institute for Healthy and Ecological Building (IBO)

IBO has confirmed the effectiveness of T-STRIPE in a study, proving that with this revolutionary heating system both condensation water and mold spores can be prevented. A positive effect on room climate and comfort could be confirmed as well.

T-STRIPE heats up the entire windowpane, the heat dissipation effect changes room climate positively while using most of the thermal energy invested: 63.2% is being reflected back into the room, contributing to an increase in comfort and well being.